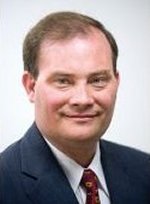 I have been married to Peggy for 17 years and we have 5 children {pic}. We have also been foster parents to 10 children, in addition to our 5.

I come from a military family and was raised by my grandparents who worked hard to provide me a private Christian K-12 education. My wife and I also provide our children private K-12 Christian education based on our religious opposition to the secular humanist poison in Public Schools. I attended a private Christian University founded in 1845, in Missouri.

(Jun 17 2013) - The Homosexual "Class" & The Gay Agenda Frauds
PORTERVILLE, CA -- On June 4, 2013, Porterville Mayor Virginia Gurrola, a committed leftist but also a self-described "Christian" showed her true colors, like so many leftists do. The true religion of the left is Cultural Marxism. The Mayor, on her own, without support and consensus from the other four City Councilmember and in opposition from a vast majority of the Porterville Community declared June as "Gay Pride" Month in the City of Porterville. Hundreds of Christian Porterville citizens crowded City Hall and opposed and move taken in the name of their City and condemned the Mayor.

(May 12 2013) - UNCOMFORTABLE TRUTH ABOUT IMMIGRATION
PORTERVILLE, CA -- Democrats and Republicans in Congress continue to push for continued "immigration reform", translation, the legalization of 8 to 12 million illegal aliens, yes, illegal aliens. This at the expense of American taxpayers and ultimately at the expense of American culture and social norms. Every day we are festooned with "happy talk" and calls for "compassion", yet the realities of immigration never makes its way into mainstream media, shall we give it a try, using Los Angeles as a test case ...

(Jan 13 2013) - GUNS ARE NOT THE ISSUE ...
PORTERVILLE, CA -- LIBERAL EGALITARIAN POLICIES ARE WHAT WAS REALLY CAUSED THE NEWTOWN AND OTHER GUN TRAGEDIES : Stop the deflection of guns and address the real issue !!! Perhaps by the time you read this, Barack Obama will have issued the Executive Order, his Vice President says is permissible, which will formally restrict all law abiding American's Second Amendments Rights.

(Dec 26 2012) - The U.S. has already went over the "The Cliff"
PORTERVILLE, CA -- I write this column, when we are days away from what "politicians" and "pundits" are calling the "Fiscal Cliff", that is on January 1, 2013, a series of spending cuts and tax increases will automatically be implemented that will have devastating impacts on working class Americans. Translation, everyday "Tax-Paying" Americans will have to pay for the political prostitution of BOTH Republicans and Democrats who have sold out their respective Oaths of Office and the public interest in favor of Special Interests.

(Nov 20 2012) - Secession is like divorcing an abusive spouse
PORTERVILLE, CA -- The Federal Gov't has been engaging in Domestic Violence since 1965 : I am sure some will call this column seditious, or treasonous, or even more. I call it both American and patriotic. Since the reelection of Barack Obama, the interest in "succession" has increased. There are many factors for this. Let's remember, our Nation was originally founded on the concept and act of secession, thus it is not un-American to consider it. The American electoral process has become specifically engineered to prevent change; the American system is so ripe with corruption that it bears no resemblance to the America that many grew up in or reads about.
Estab. Jan 2008
Welcome to the newest on-line news service in the Porterville area. Our goal is to report the right news at the right time. In doing this, we believe that the community will get a greater sence of being connected.
The Right News @ The Right Time
Our second goal is to report above and beyond the main stream media.
Politically Inform and Educate
Our third goal is to politically inform and educate the public at lareg.
A Conservative Publication
The Porterville Post is a conservative publication and news service and when the Post makes a mistake in our reporting, we'll address it "Right Here" and if needed, with an appology. Please feel free to contact us with your comments or suggestions.
Writers | Columnists | Reporters
The Post, in the next few months, we'll be looking for new writers, columnists and reporters. We understand the need for new writers to have the chance of starting a new career and we'd like to offer a free internship at the Post.
The Porterville Post : Post Office Box 925 Porterville CA. 93258
For more Information - editor@portervillepost.com